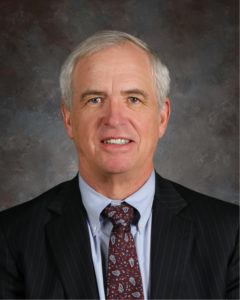 Biographical Details
Phil Jones focuses his practice on bankruptcy and creditor’s rights, representing both creditors and debtors, and commercial and civil litigation. Before moving to Colorado, Phil practiced for over 27 years in Florida. He was a member of the Southwest Florida Bankruptcy Bar and Tampa Bay Bankruptcy Bar and currently is a member of the American Bankruptcy Institution. He assists his clients with their financial problems through the bankruptcy process or other means of financial workouts. Phil is a member of the Colorado Bar, the Florida Bar, and the Mesa County Bar Associations. He is admitted to practice before the Colorado Federal District Court, and the U.S. 10th and 11th Circuit Court of Appeals.

In 1998, Phil was selected as a Leading Florida Attorney in Bankruptcy Law: Individual and Commercial Creditor/Debtor. He was appointed as a General Master for the 20th Judicial Circuit in Florida. He was nominated for Florida Circuit Court Judge by the 20th Circuit Judicial Nomination Committee five times, and was nominated for Federal Magistrate for the Middle District of Florida by the Federal Nomination Committee. Phil received his undergraduate degree from the College of William and Mary in 1974 and earned his juris doctorate degree from Stetson University College of Law in 1977.