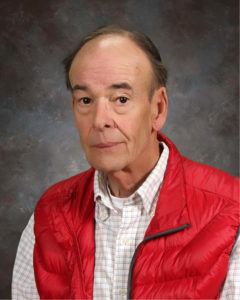 Doug practices real estate and natural resources law, with an emphasis on title and transactional work. He also has significant experience in litigation and dispute resolution, particularly in matters involving the interpretation of agreements and title disputes.

Doug received his A.B. degree from Kenyon College in 1967 and, after serving in the U.S. Navy, received his J.D. degree in 1974 from the University of Denver, where he was Editor-in-Chief of the Law Review. After graduating from D.U., he practiced natural resource law in Denver for eleven years, then moved to Alaska where, from 1985 through 2000, he was Senior Counsel for Atlantic Richfield Company, responsible for all legal work for ARCO Alaska’s exploration program and for its Prudhoe Bay, Lisburne and Pt. McIntyre Oil Fields. When Atlantic Richfield was merged into BP, Doug “retired” and returned to Colorado – where he still shows up for work most days.

Doug has long been an active member of the Rocky Mountain Mineral Law Foundation, including serving as a Trustee for six years and as Program Chair for the Foundation’s 43rd Annual Institute. He is a co-author of the American Law of Mining and, from 1989 through 1999, chaired the Foundation’s subcommittee which served as the surviving editorial board for that treatise. He also served on the Executive Committee of the Alaska Bar Association’s Mineral Law Section for four years.